Landscape of Quantum Computing in 2022

Last year I wrote a brief explainer of where quantum computing was and where it needs to go, specifically to break crypto. There's been some progress in quantum computing, so I've updated the chart below: 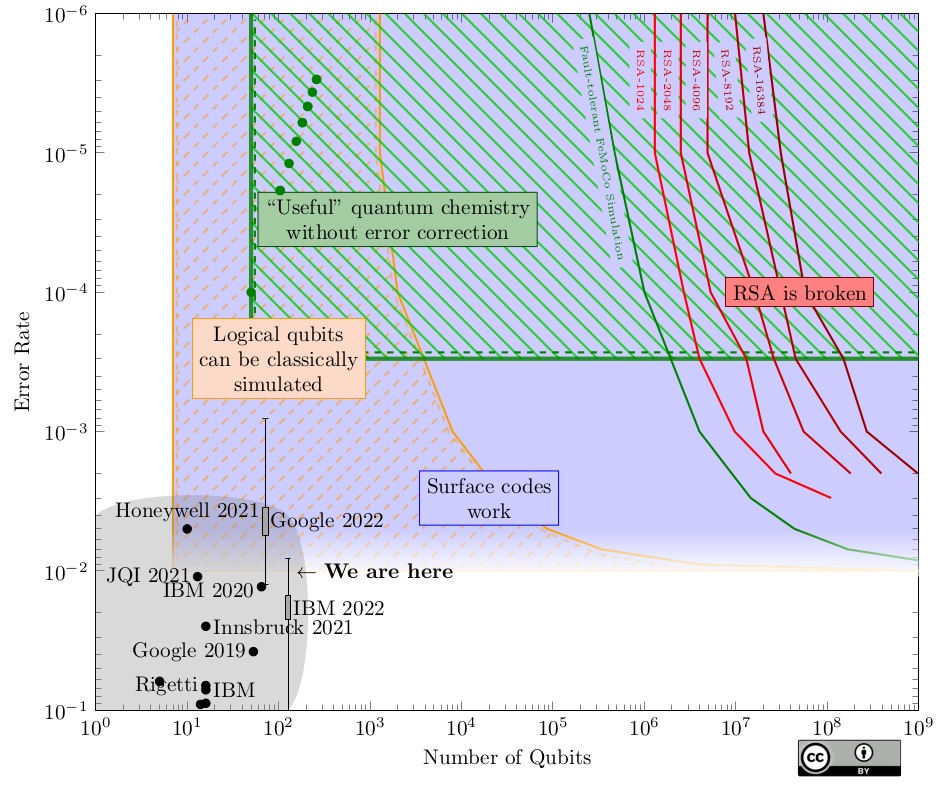 Check last year's post for the explaination of the chart. The key differences this year:

If you compare this to last year's chart it seems like there were big breakthroughs in qubit quality. I'm not sure, since my methods of producing a single number for "qubit error" weren't rigorous. There seems to be progress, but I wouldn't claim any precise trends.

Other news that doesn't fit on the chart:

Besides those, not much has changed. The main conclusions from last year still hold: